The location and home of Messe Karlsruhe

Karlsruhe is a young and dynamic city

Just 300 years old, our fan-shaped city is the home of 310,000 residents and has established itself in recent years as a cultural, economic and scientific metropolis in the region. Its uncommonly mild climate – Karlsruhe is Germany’s second-warmest city – and its favourable location by the Rhine River offer additional incentives to visit the city.

Will you be staying overnight in Karlsruhe?

Business and science in Karlsruhe

Travelling the world, at home in Karlsruhe: this statement applies to several companies such as Daimler AG, Bosch, L’Oreal or the dm drugstore chain, which was founded here in Karlsruhe. Numerous medium-sized companies have similarly discovered the Karlsruhe Technology Region and the advantages of its central location: Karlsruhe is located on the international shipping and rail route between Rotterdam and Genoa. And the local public transportsystem, the so-called “Karlsruhe Model”, is internationally recognized as exemplary.

The car, the bicycle, the periodic table of elements, the electromagnetic wave, the Braun tube, the chipboard and the mobile web browser: all of these inventions and discoveries were born in Karlsruhe. A high density of researchers and good networking with scientists make Karlsruhe one of Europe’s most innovative cities, with approximately forty new patents registered each year. Circa 8,300 people work at the renowned Karlsruhe Institute of Technology, making it one of the world’s largest institutions for research and teaching.

Media and culture in Karlsruhe

The first email was received in Karlsruhe. And the “Internetcapital of Germany” is still the nation’s IT stronghold today. No fewer than 3,600 IT and technology companies are based here, including well-known brands such as 1&1, Web.de and GMX. Five years after the first email, the Centre for Art and Media (ZKM) was founded as a very special cultural institution, which currently ranks fourth among the world’s most important art museums.

Badisches Staatstheater attracts younger and older culture lovers with its wide spectrum of operas, ballets, concerts, dramas and musicals. People who prefer to party outdoors definitely get their money’s worth at “DAS FEST”, the largest open-air family festival in southern Germany, which annually presents top-class stars such as Gentleman, The BossHoss and SEEED. 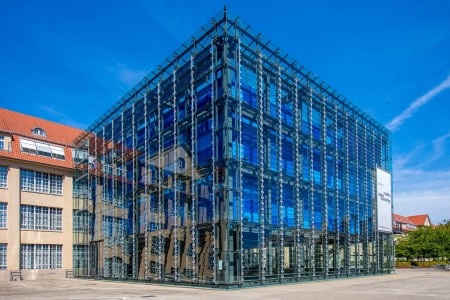 Conscientiousness, joie de vivre and cordiality characterize Baden’s way of life. No fewer than ten starred restaurants in the surrounding area offer culinary highlights. A multitude of restaurants and cafés in the city tempt guests to linger. Parks and green areas are always nearby: e.g. the Stadtgarten at the Convention Centre, the extensive castle park in the city centre and the Botanical Garden beside the Federal Constitutional Court.

The surrounding region offers plenty of green and ample space to stretch one’s legs: the Black Forest, Alsace and the Palatinate can each be reached in less than half an hour by car. 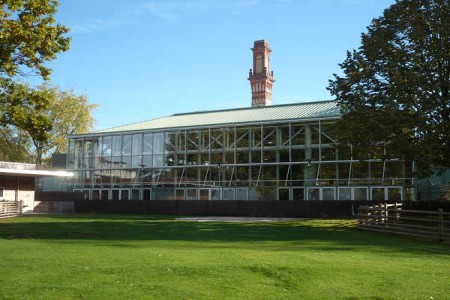 Further information about Karlsruhe can be found on the following websites:

Find out more about the company Messe Karlsruhe

We as hosts
We as organizers
History
International
Management
Company
This website uses cookies to ensure our visitors get the best user experience. By continuing to use this website you are giving consent to cookies being used.
Additional information and the option to revoke your acceptance can be found on our Legal notice page
I agree | close notification