Karlsruhe is in the spotlight of the Christian world

Karlsruhe, August 31, 2022. Four years after the highest body of the World Council of Churches (WCC) decided in favor of Karlsruhe as the venue for the next general assembly, the time has come: around 4,000 Christians from all over the world will come from August 31 to September 8, 2022 for the 11th general assembly of the WCC together in Karlsruhe. Federal President Frank-Walter Steinmeier and Baden-Württemberg Prime Minister Winfried Kretschmann opened the WCC General Assembly with a visit.

The inner-city congress center, which is located on the fairground and comprises four halls or houses, is transformed into a place of pilgrimage and creates space for encounters and common prayers. With around 45,000 square meters of inner-city event space in tents, halls, outdoors and under a huge magic sky, the General Assembly is a flagship project for Messe Karlsruhe. The trade fair team successfully accompanied the organizers from the conception to the on-site implementation.

“The WCC General Assembly is a very special event format that has never before taken place in our congress center. The fairground is the heart of the event. The open tent of the Magic Sky is framed by the halls of the congress center and supplemented with pavilions and temporary structures. The organizer has around 25,000 square meters of built-up area in the immediate vicinity of the citizens at their disposal," says Holger Klanfer, Director Congress & Cultural Events.

“We are proud to be an essential part of this unique event. Thanks to the excellent cooperation of all actors involved - the WCC in Geneva, the local coordination office in Karlsruhe and all city partners - we were able to design a unique event concept," adds Britta Wirtz, Managing Director of the fair.

Oberkirchenrat Herr Dr. Marc Witzenbacher, head of the local coordination office of the 11th WCC assembly, on the cooperation with Messe Karlsruhe: “The assembly offers space for exchange and encounters. This is guaranteed on the one hand by the "fountain" concept, to which anyone interested has access, and on the other hand by the meeting places in the city. I think it's important that the WCC goes into the city and has a presence. The church should not hide behind walls or fences, but should enter into dialogue with everyone. The team at Messe Karlsruhe provided us with excellent support from conception to implementation in order to create such meeting places.”

The congress center presents itself in an unfamiliar guise

The Assembly is the highest decision-making body of the WCC and usually meets every eight years. It is the only occasion when the communion of 352 member churches worldwide comes together in one place to pray, counsel and celebrate together.

The plenary assembly of the WCC will find its center in the inner-city Karlsruhe Congress Center. There, the Garden Hall, the Black Forest Hall, the Concert Hall and the Nancy Hall are used for lecture rooms, plenary sessions and offices. A flexible screen system, the so-called Magic Sky, creates a unique atmosphere on the fairground. With a height of 22 meters and a diameter of 42 meters, it is used for morning services, denominational evening prayers and concerts. The Magic Sky covers an area of ​​around 4,000 square meters and offers space for around 2,800 guests. With its self-supporting roof surface, which is made of translucent material to let more light seep through, it meets all the requirements for all participants to have a clear view of the 144 square meter stage and two huge video walls. 230 spotlights, four cameras and 50 loudspeakers complement the stage's technical equipment.

A networking tent, two catering tents, a two-storey pavilion and 90 pagoda tents were erected next to the Magic Sky in a three-week construction period. 1,200 running meters of site fence enclose the event site and over the entire event period, more than 100,000 meals will be served to the participants on a total of 4,000 square meters of catering space. Essential environmental aspects were taken into account in organizing the General Assembly. In this way, certification by the environmental management system EMAS could be obtained.

Expert advice from conception to implementation

The team at Messe Karlsruhe has provided extensive services that go far beyond just renting the location. Since 2018 they have been in coordination with the organizer and the municipal partners and are accompanying the project. From trade fair construction and catering to rental furniture and tent construction, event and streaming technology to cleaning, mobile toilet facilities, security service providers and interpreters - numerous service providers help to give the event the ideal setting.

The service provider who designed the Magic Sky is the company of the same name from Walzbachtal in Kraichgau. The giant umbrella was last used at the Olympic Games in Tokyo, where it formed the roof for the basketball field. Thorsten Hagedorn, Managing Director at Magic Sky, describes his work with the ÖRK as follows: “We provide the temporary structures, but we also do the associated event technology. Of course there are many expectations from customers and service providers that we have to bring together and that is a big challenge for our team. But we are motivated and well structured so that together we can implement a successful event.” 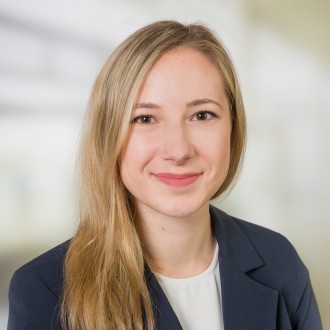